Fake it until you make it – we hear that phrase a lot.

But being ready to move into the next level requires confidence. 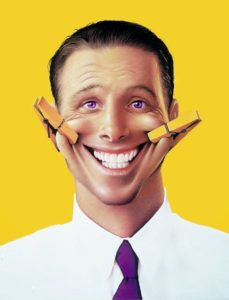 You need to have faith in yourself that you can not only do most of the job requirements, but also be able to navigate around and grow into learning new things that are part of the job.

And the truth is that there is a lot of a new job that you won’t know. So you have to fake it until you make it… in terms of really understanding and knowing how to do the job.

But some people lose their way when they convince themselves that they are truly qualified and overlook that some aspects of the new position are seriously beyond their reach.

And what happens, should they get hired, is that they try to fake it until they break it… either they break themselves or do such a bad job that the work is truly botched.

And breaking it becomes an abysmal failure… both the job and the person’s career. At least there is a big stain on their career record.

The trick is to be honest enough to know when you are in over your head.

The only way to really know is to ask questions.

Before you even get hired.

Doing research and learning as much as you can about the job requirements are critical to you being able to successfully transition into this role.

Do an honest assessment of your skills, abilities, and knowledge to decide if you really could do the job.  Even beyond the learning curve.

And be willing to not consider those positions that might be your dream job but you aren’t yet qualified to do.

Here’s the opportunity, should you find yourself in this position:

Identify the “in-between step” you need to take to get to where you want to go that will give you the skills and abilities needed to do the job.

And then go do it, now that you have a clear and purposeful roadmap.

While you may be annoyed at this secondary step, you will be better prepared to excel in your dream target job.

And while you’ll be on a learning curve once you make it, at least you won’t be trying to fake things you don’t have and breaking your career in the process.