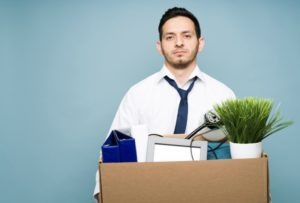 Why did you leave your last job is a common question job seekers get during interviews.

There are a multitude of reasons as to why.

Why did you leave your last job?

Spin your answer to this routine question because it can make or break your candidacy.

Why did you leave your job, when it appears on paper that things were going great and you were being successful?

How do you communicate that in your answer?

Ways to answer the question

What’s the answer to “why did you leave your last job?”

A good way to answer the question of why did you leave your last job is to provide a short answer. Then, immediately pivot away to focus on the current job opening.

No opportunities:
“I left my last job as I felt stagnated professionally. I see this current job opportunity as a way to grow while contributing positively to the company.”

You got terminated:
“At a certain point, there was no longer a match in terms of fit with this company, and that launched my job search.”

Budget cuts:
“After the last economic crisis / COVID-19 hit, the industry really never recovered, and that included my employer. They were gracious in keeping us on board as long as they could. I decided to opt for a more stable industry, which brings me here to you today.”

Company was doing bad things:
“There comes a time in one’s life that standing up for the right thing becomes paramount.  If you had a chance to Google (company’s name), you’ll see that they were connected to some activities I recently became aware of that I would prefer to not be associated with.”

Boss was awful:
“The best work environments are ones where the leadership supports the teams. When that isn’t possible, it becomes difficult. As a team player committed to providing top-caliber work to your company, I look forward to putting those skill sets to good use for your company.”

Short time on the job:
“After putting in ___months on the job, I concluded that there simply wasn’t a fit between the work and culture. It better served the company to step away so they can find a better fit sooner rather than later. During my tenure there, I accomplished some major tasks that helped the organization achieve several critical goals. I am excited to see what I can do for your organization since it appears to be a much better fit.”

You got sick or had to take care of someone:

“I opted to put my career on hold and take a sabbatical, which gave me the time I needed to accomplish several key objectives.”

Why did you leave your last job is a tough question, but the more forthright you can be without delving into a great deal of detail can help you hit the right note with potential employers.