Elect this candidate… Elect that candidate! Vote here! Go out and vote! 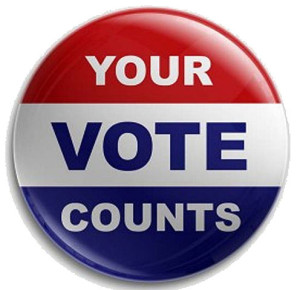 Welcome to Election Year Politics, Version 2016, which is a hot topic these days.

The contest for electing the new president is heating up, with a lot of questions up in the air.

No doubt, many people are getting drawn into the November election whether they like it or not because there has been so much controversy and passion surrounding the potential candidates.

And everyone seems to have an opinion.

In fact, people are becoming so polarized and emotional about their candidate that sometimes, it is spilling over into the office.

Enter in one of the biggest workplace taboos and how you should handle it: Elect to not discuss politics in the office.

Note: We should not deny ourselves the enthusiasm and energy we devote to our candidate, but when it comes to the workplace, it’s important to remember one thing:

Politics are temporary, and the office is forever. Or at least until you get the next job.

So after the election year ends and emotions start to wane, what’s left is the office and how previous political discussions left people feeling.

If you were so vehement in your views that you isolated or alienated your co-workers, this can make a rocky road ahead in getting projects completed… for each of you.

Remember first that you are hired to do a job, and that’s the implicit agreement that brought you into the workplace in the first place.

But if you elect to not discuss politics in the office, you have a better chance of continuing good working relationships with your peers and even your supervisor.

It is our national right to believe what we want to, but truly, it is important to remember that the office should not be politicized because that’s not the mission nor goal of the company’s business (unless you are actually working for a candidate or an issue).

Keeping your own counsel no matter how passionately you believe in something is best for your career. The election will be over, but your career could be too if you don’t elect to not discuss politics in the office.

Some people, however, end up feeling that the employer or company mission is not embodying their views.

This means it is a great opportunity to evaluate career choices and find another job which is more closely aligned to your value system.

But your best bet is to elect to not discuss politics in the office because your career depends on it.