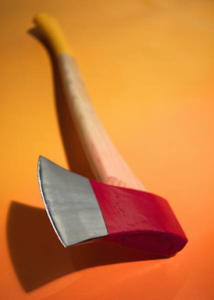 earches are a team effort. When one partner or spouse gets axed, the whole team has to jump into action.

Case in point: One of the best parts of writing this blog is having a real-life example literally write the story for itself.

However, this one is personal. Real personal. And isn’t so easy to write, this time. And yes, it is about job searches.

On Monday, I was watering the garden after work when my husband got home.

“I’ve got some bad news,” he ventured.

“Okay….,” I replied… waiting for the shoe to drop.

Yes. It was one of those “pick my jaw up off the ground” moments.  He’s been a valued asset with his company for 15 years. Which, these days, is pretty much the exception to most people’s longevity at a single company. It’s like forever and ago.

But reality apparently struck, and a reorganization was in the works. Visions of job searches started dancing in front of my eyes.

I won’t go into details about what went through my mind in terms my job search coach and resume writer “hat,” but suddenly, I found myself putting the shoe on the other foot.

Personally, I have been through my fair share of job transitions throughout my career; most of them great, peppered with a couple of less-than-palatable employment experiences, but I am finding myself in a new role.

It is a weird feeling.

And I realized that despite the fact that I work directly with job seekers, there are some hidden indirect people in the background for each project:

The client’s families who are going through this situation… right along with them.

Which brings me to my point: job searches really are a team effort.

They affect the entire family.

We all go through it, not just one person.

In my new role as the supportive spouse, I am trying to be the moral support while only weighing in on actions and tactics when asked, which is difficult.

Any partner and spouse always wants to do anything to support the other person, and similarly have to bite their tongues to not come across as nagging.

This situation has become an entirely new exercise for me. Whereas I am used to doing for myself or my clients, now I have to take a backseat to allow my husband to work through job searches his way, with my support being provided only when he asks for it.

Chances are many other people have had to go through this with their partner or spouse; you want to do everything in your power to help them, but ultimately, they have to step into the game themselves to drive the results that they want.

We simply have to support them… job searches are a team effort. We are in this together.